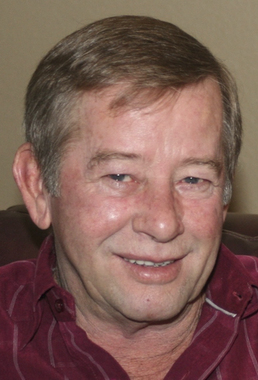 Back to Clarence's story

Clarence Wayne Wald, age 71, of Joplin, MO, passed away on Monday, July 8, 2019, after a sudden illness. He was born to Clarence and Alice (Brewer) Wald on October 15, 1947, in Joplin.
Wayne graduated from Joplin High School in 1965, and worked at O&F Machine Products for three years before beginning Wald Construction, which he owned and operated for over 25 years. He was a skilled mason, laying brick and block on countless buildings and homes around the Joplin area.
As a young man Wayne was an amateur boxer and participated in the Golden Gloves competitions. He was an avid fisherman, and as a devoted family man Wayne loved to fry the many white bass he caught for family gatherings. He enjoyed bowling for several years and was very proud to have bowled a perfect 300 game. Wayne was also a die-hard Kansas City Royals fan; in the summer you could often find him sitting outside listening to the Royals game on the radio.
Wayne married Phyllis Jane Strickling on August 29, 1965, in Joplin, and they spent 53 happy years together.
Survivors include wife, Phyllis; son, Richard (Diane) Wald; and daughters, Tammie Allen and Shelly (Brian) Nichols, all of Joplin; nine grandchildren, Hope (Charlie) Carson, Curtis (Randi) Wald, Chelsea (Eric) Clark, Dakota (Bethani) Wald, Faith Allen, Zachary Nichols, Luke Allen, Colton Powell and Lauren Nichols; and seven great-grandchildren. Wayne is also survived by three sisters, Jennie (Jeff) Leake and Brenda Sorg, of Joplin, and Linda Wilson, of Webb City. He was preceded in death by his parents and three brothers, Dale, Carl, and David Wald.
Visitation will be on Wednesday from 6 to 7 p.m. at Thornhill Dillon Mortuary, with graveside services at 10 a.m. on Thursday at Osborne Memorial Cemetery.
Published on July 10, 2019
To plant a tree in memory of Clarence Wayne Wald, please visit Tribute Store.

Plant a tree in memory
of Clarence

A place to share condolences and memories.
The guestbook expires on July 09, 2020.

Bobbie Brown-Wooten
Phyllis I am so very sorry to hear of Wayne's passing.
You and family are in my thoughts and prayers.
View all