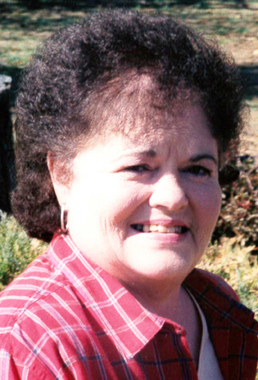 Back to Cora's story

Cora May "Corky" Blotter, age 81, of Webb City, MO, passed away at 4:24 p.m. on Sunday, December 8, 2019, at the Lawrence County Manor, in Mt. Vernon. She was born June 9, 1938, in Aurora, MO, the daughter of Thomas Marion and Cora May (Hadley) Kittrell.
Corky was a 1956 graduate of Aurora High School and worked as a nanny for In Home Child Care.
On May 28, 1955, she married Donald Zinn. He preceded her in death on June 14, 1962. On December 28, 1979, she married Ken L. Blotter, in Aurora.
Corky is survived by her husband of 40 years, Ken, of Webb City; two sons, Thomas Lee (Tommy) Zinn and his wife, Debra, of Mt. Vernon, and Kelly Blotter and his wife, Robin, of Joplin, MO; one daughter, Christy Blotter Lockhart, of Los Angeles, CA; eight grandchildren, Thomas Jason Zinn, Keith Clayton Zinn, and Zachary Lee Zinn, Allison Marie Blotter, Ethan Coleman, Amy McPherson, Robert Walker and Brian Walker; 10 great-grandchildren; and several nieces and nephews. Corky was preceded in death by her parents, Thomas and Cora; her first husband, Donald; daughter, Tracy Ann Zinn; brother, Tom Kittrell; and stepdaughter, Angela Coleman.
A visitation will be held from 10-11 a.m. on Saturday, December 14, at the Crafton-Cantrell Funeral Home, in Aurora, with a funeral service to follow at 11 a.m. Burial will follow at the Maple Park Cemetery, in Aurora.
Online condolences may be shared at
www.CraftonCantrellFuneralHome.com.
Published on December 11, 2019
To plant a tree in memory of Cora May "Corky" Blotter, please visit Tribute Store.

Plant a tree in memory
of Cora

A place to share condolences and memories.
The guestbook expires on December 10, 2020.