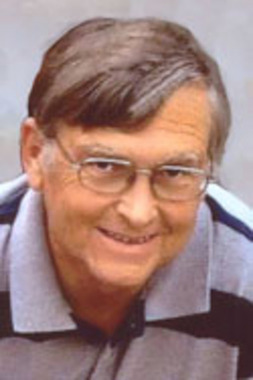 Back to Dale's story

Dale Lee White, age 62, of Frontenac, Kan., passed away early Monday morning, May 23, 2016, surrounded by family at his home.
Dale was born July 10, 1953, at Lamar, Mo., the youngest of the three children of Jesse and Corrine (Hagins) White. In 1971, he graduated from Lamar High School, where he had excelled in football, basketball and baseball. His interest in sports continued throughout his life and he especially loved any sport that involved a ball and his children.
On Oct. 18, 1972, at Lamar, Dale married Teresa Ison and their lives revolved around their eight children. In later years, Dale and Teresa enjoyed traveling across the country, making precious memories through time spent together.
Dale had worked in mechanical maintenance at Dickey Clay, in Pittsburg, Kan., as well as O'Sullivan Industries and Epoch, in Lamar, before retiring due to ill health.
Survivors include his wife of 43 years, Teresa, of the home; two daughters, Brandi (Gabe) Lee, Frontenac, and Ashia (Brent) Chapman, Joplin; six sons, Kevin (Kadi) White, Lamar, Michael White, Markell White, Jamie White, Justin (Sami) White, all of Frontenac, and Shawn White, Lamar; a sister, Janeene (Bill) Pierce, Carthage; and seven grandchildren. He was preceded in death by his parents, Jesse and Corrine; and a brother, Steve White.
A memorial tribute will be held at 6 p.m. Thursday, May 26th, at Daniel Funeral Home. The family will receive friends following the tribute service until 7:30 p.m. Thursday. Burial will be at a later date.
Memorial contributions are suggested to the Barton County Senior Center, in care of the funeral home.
Condolences and
memories may be shared at danielfuneralhome.net.
Published on May 25, 2016
To plant a tree in memory of Dale Lee White, please visit Tribute Store.

Plant a tree in memory
of Dale

A place to share condolences and memories.
The guestbook expires on May 24, 2017.