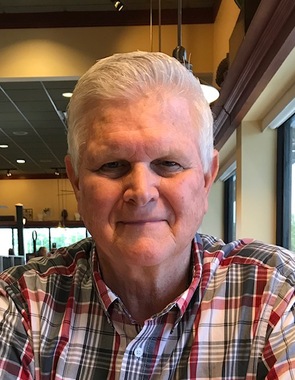 Back to Daryl's story

Daryl was born on October 20, 1951 in Kansas City, MO to Dudley and Jane Billings.
On August 19, 1972 Daryl married Pam Holloway. Two children were born of this union, Carrie and Dustin. Pam preceded him in death in March of 1993.
In answer to Pam's prayer, Jesus brought Daryl a new wife. He married Deborah (Price) Wilson on September 6, 1997.
Daryl spent his life ministering to others. He did this working for the Missouri Department of Conservation, as a teacher in Kansas and Missouri and as a minister in various churches as well as throughout the community. He never hesitated to share his faith with others.
Daryl is survived by his wife, Deborah; children Carrie O'Neal (Darrell), and Dustin Billings (Brooks), step-children Jacob, Nathaniel (Idella), and Lucas Wilson, and Hayley (Clint) Kahler. Additional survivors include 21 grandchildren and one great-granddaughter, one brother, Dudley Ray Billings (Sharon), and nephews David (Pam) and Brandon (Larissa) Billings.
In lieu of flowers, the family suggests a donation to one of the following organizations: Dwelling Place Ministries, NextGen Worship, Prostate Cancer Foundation or American Cancer Society.
Published on January 7, 2020
To send flowers to the family of Daryl Billings, please visit Tribute Store.

Send flowers
in memory of Daryl

A place to share condolences and memories.
The guestbook expires on January 07, 2021.

Lorene (Lorie) Rodenberg Weber
McMurry UMC was the church Darryl grew up in, and my sister and I babysat Darryl and Dudley Ray as they lived "across the footbridge" from us in Claycomo. My family always admired the Billings family and their devotion to their Maker and I can see Darryl carried on that legacy. There are so many remembrances at McMurry created by Darryl's Dad their family comes to mind each time we see his innovations. Love you and your family, Darryl.
Leslie Smith
I went to school with Daryl many years ago. Just listened to the song his worship community wrote for him. Very precious. I thank God for Daryl and the gift of his life of service to the Lord, his family, his community. I pray for comfort for family, but rejoice that Daryl is free from this earthly life and celebrating in the presence of the Lord.
Pastor Clayton L Smith
I thank God for Daryl! I was his pastor and friend while servicing Schweitzer UMC in Springfield. He was a leader and was always so willing to serve. We were also friends who liked to take our sons fishing. I remember and confess that while on one of the beautiful rivers nearby I saw a snake swim across the river. I hooked!
I reeled it in. Then I cast it into Daryl and Dustin's canoe. It was a stink snake. Daryl forgave me like Jesus would......I saw him even get out of the canoe and run across the water too! He would always witness Jesus!
Janet Baker
Daryl always had a encouraging word and spoke of the things he saw in me that God had for me or talents he saw God wanted to use. I appreciate all the Words of encouragement, Life, and Godly things he spoke to me as he did to many others. Daryl will be missed by all the people he touched thru the years.
Sharon (Cloud) Payne
My condolences to Daryl and Deb's
families. Daryl was a wonderful cousin and an inspiration to everyone he met. We will all miss him but he will be with his maker and that is what all of us want in the end. God has blessed you, Daryl. I pray we will meet in heaven one day and have a glorious reunion.
Susan Gallaway
Heaven gained another warrior. So glad to have met Daryl a little more than a year ago now. What a blessing ! Praying for the family. May God bless and keep you all.
Chana Estes
Mr. Billings was there for being through pretty hard time in my school years Australia new drugs and addiction and going down a very dark path mr. Billions wasn't one teacher I knew I could count on to keep my secret and to talk to me... When things started getting really bad he pulled me into the classroom and asked me what was going on and I broke down and I told him he told me this one thing that will stick with me forever don't ever give up on God cuz God will never give up on you and I remember that to this day I'm so grateful that he was my 10th grade Integrated Science teacher because he came so much more than that thank you for everything mr. Billings I know you're up there in heaven... looking down on all of us nowRead more
GARY DEAN SMITH
I've known Daryl since high school. Oak Park class of 1969. He was always a great guy and in these past few months a great inspiration to me. He remained strong and positive until the very end and I only hope I can be like him when my time comes. Thank you Daryl for being you and some day we will meet again. God be with you, my friend, and may you rest in peace.
Alice Johns
What a blessing to have known Daryl! I had the privilege of teaching with him at Carthage High School. He was an inspiration to his students and always had uplifting and Godly encouragement for me. My deepest sympathy to all of you.
May you feel God walking along with you through this time.
Alice Johns
View all