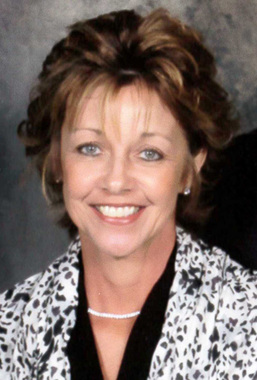 Delanna Gayle Burbridge, age 65, of Aurora, MO, passed away at 10:15 p.m. on Sunday, June 9, 2019, at her home. She was born December 23, 1953, in Aurora, the daughter of Willie and Edna (Thomas) Rinker.
Delanna was a 1972 graduate of Aurora High School. She worked in the banking industry, was a secretary for the Aurora School District for many years and worked for Jack Henry & Associates, in Monett, MO. She was a member of the First Baptist Church, in Aurora.
On August 25, 1973, she married Lance Burbridge, in Aurora.
Delanna is survived by her husband of 45 years, Lance; one daughter, Lindsay Singer and her husband, Michael, of Aurora; one son, Rawley Burbridge and his wife, Lisa, of Nixa, MO; five grandchildren, Gage, Kaci and Sky Singer, Peyton and Makinley Burbridge; and one brother, Darrell Rinker and his wife, Pat, of Springdale, AR. Delanna was preceded in death by her parents, Willie and Edna; and brother, Bill Rinker.
A graveside service, under the direction of the Crafton-Cantrell Funeral Home, in Aurora, will be held at 10 a.m. on Thursday, June 13, at the Maple Park Cemetery, in Aurora.
Memorial donations may be made payable to the Aurora First Baptist Church, in care of the funeral home.
Online condolences may be shared at
www.CraftonCantrellFuneralHome.com.
Published on June 13, 2019
To plant a tree in memory of Delanna Gayle Burbridge, please visit Tribute Store.

Plant a tree in memory
of Delanna

A place to share condolences and memories.
The guestbook expires on June 12, 2020.