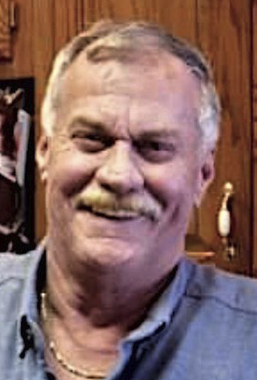 Donavan Wayne Whitman, 74, passed away Tuesday, January 14, 2020, at his home in Carthage, MO. Donavan was born January 16, 1945, in Jasper, MO, to Warren Davis and Edna May (Needham) Davis.
Donavan was a lifetime Carthage resident. He served in the United States Army as an E6 Staff Sergeant for 22 years. Donavan was a Carthage firefighter and battalion chief for 34 years and a member of the Cerebral Palsy Support Group.
Donavan was married to the love of his life, Carla (Schorzman) Whitman, on September 9, 1988, in Miami, OK. She survives.
Donavan is survived by one daughter, Michelle Erwin and husband, Mike, of Topeka, KS; one son, Whit Whitman and wife, Renae, of Cornelius, NC; four grandchildren, Levi and wife, Katie, Jordan, Noah and Delaney; two great-grandchildren, Addy and Zoey; one sister, Donna Carrol Carlson, of Lee Summit, MO.
Donavan is preceded in death by his parents; one granddaughter, Emma Williams, on November 29, 2016; and one brother-in-law, Randy Carlson.
A visitation will be held from 1 to 2 p.m. Saturday, January 18, at Ulmer Funeral Home. Services will immediately follow. Burial will be at Park Cemetery, in Carthage.
Contributions may be made to the Cerebral Palsy Center, in care of Ulmer Funeral Home.
Online condolences may be made at
www.ulmerfh.com.
Arrangements are under the direction of Ulmer Funeral Home.
Published on January 17, 2020
To plant a tree in memory of Donavan Whitman, please visit Tribute Store.

Plant a tree in memory
of Donavan

A place to share condolences and memories.
The guestbook expires on January 16, 2021.

Karen FENSTERMACHER
I met Donavan when I was in a paramedic class in the 1980's and he was a fireman. He was good at what he did and also had such a big heart for others!
View all