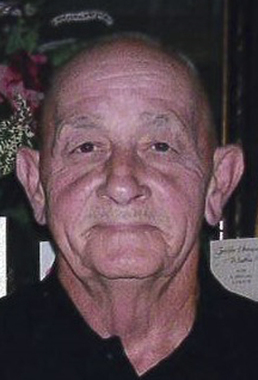 Back to Gary's story

Gary Ray Jones, 76, of Carthage, passed away Thursday, November 28, 2019, at his home following a hard fought battle with cancer. He was born October 4, 1943 in Carthage, son of the late Raymond and Glennis (Evans) Jones.
He was a lifetime area resident and an employee of Dyno-Nobel (Hercules) for 43 years. He was a member of the Masonic Lodge of Alba, Missouri. Following retirement he had a small mowing service which he enjoyed so much. Fishing and hunting were his passion along with his beloved family and dear friends.
Gary was united in marriage to Gayle Fronczak in Carthage on July 5, 1963; she survives.
Gary is also survived by two sons, Tom R. Jones, of Webb City, and Curtis L. Jones, of Carthage; two sisters, Judy Moore and Janey (Dan) Edwards, of Carthage; five grandchildren, eight great-grandchildren; and many nieces and nephews.
In addition to his parents, Gary was preceded in death by one granddaughter and two sisters.
A celebration of life will be held from noon to 5 p.m. Sunday, December 15, 2019, at the Carthage Memorial Hall.
Contributions may be made to Avalon Hospice in care of Ulmer Funeral Home.
Arrangements are under the direction of Ulmer Funeral Home.
Published on December 11, 2019
To plant a tree in memory of Gary Jones, please visit Tribute Store.

Plant a tree in memory
of Gary

A place to share condolences and memories.
The guestbook expires on December 10, 2020.