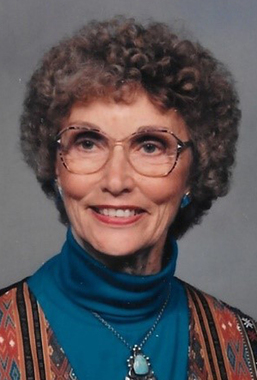 Back to Janet's story

Janet Tapley passed away January 9, 2020 at 5:30 a.m.
Janet was born in Muscatine, IA on August 14, 1923, daughter of Raymond and Lela Longley Gunn. She moved to Florida and the Carolinas as her father was a civil engineer and worked in the area. At that time, she lived in a tent with a wood floor which was the mobile home of the time.
Janet moved to Hannibal, MO, in 1927, as school was starting for her brother, Bill. Her sister, Barbara Jean was born there on August 22, 1927.
Janet's brother, William (Bill) was killed in World War II flying the Hump between India and China. Also deceased, husband, Arthur R. (Tap) Tapley; her parents; and one grandson, Clayton Lumpkins.
She is survived by one sister, Barbara J. Bryan, Platte City, MO; children, Barbara J. Melton, Joplin, Brenna R. Tapley Nichols (Greg Brown), Arvada, CO, Dale R. Tapley (Cindy), Galena, MO; grandchildren, Craig Lumpkins (Toni), Clint Lumpkins (Sandra), Melody O'Donnell, Toshua LeMeur (John), Ashley Tapley Nichols (Matt), Brian Tapley; great grandchildren, nieces, nephews and cousins.
Janet was active in her church, First Presbyterian in Carthage, doing volunteer work. She was in charge of the church rummage sales for many years, taught Sunday school when her children were young, was an officer in the Presbyterian Women Association several times, was a deacon and elder several times and was currently clerk of session. She loved her church and her church family. She was a member in Carthage from July, 1955 to present. She formerly belonged to the First Presbyterian Church in Hannibal, MO. She also helped deliver meals for the Over 60 Center for several years.
Janet was an avid tennis player for many years, starting at about age 15 and finally retired from playing at 85 years old after winning several trophies in singles, doubles, and mixed doubles in area tournaments and at the Underground Raquets.
She loved to travel and had been to Germany several times and had been on cruises to the Caribbean, Alaska and Hawaii.
Janet retired from Flex-O-Lators in 1990 after 20 years. She had previously worked for Northwestern Mutual Insurance, McReynolds and Flanigan lawyers, and other lawyers in Hannibal, before marriage. She graduated from Hannibal High School with the class of 1941, where she got her business and office training.
Family visitation will be held at the First Presbyterian Church, in Carthage, on Wednesday from 6 to 7 p.m., with memorial service and celebration of life held at the First Presbyterian Church on Thursday, January 16, at 10 a.m.
In lieu of flowers, Janet requested donations to the First Presbyterian Church.
At a later date to be determined, there will be a Celebration of Life in Hannibal, MO.
Published on January 12, 2020
To send flowers to the family of Janet L. Tapley, please visit Tribute Store.

Send flowers
in memory of Janet

A place to share condolences and memories.
The guestbook expires on January 10, 2021.