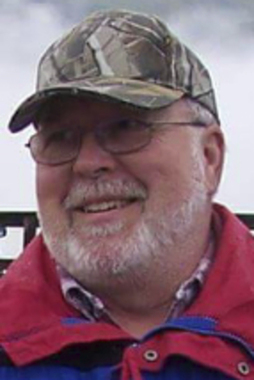 Back to Lee's story

Lee Roy Kuehl, 68, of Carl Junction, Mo., passed away December 20, 2016, at Mercy Hospital in Joplin, Mo.
He was born January 20, 1948, in Kansas City, Mo., the son of Marvin Howard and Mamie Leita Blough Kuehl. He had been a resident of Carl Junction for 23 years, moving from Liberty, Mo.
Mr. Kuehl was a veteran serving in the U.S. Army.
He married Sharon Connor on October 20, 1973, in Merrick, N.Y.
Mr. Kuehl was a First Line Supervisor for Southwestern Bell Telephone Company for several years, retiring in 2000.
He was a life member of the National Rifle Association and was an avid reader of the Missouri Conservation Magazine.
Survivors include his wife of Kansas City, Kan.; two daughters, Rebecca Kuehl and her husband, Charley Taylor, of Pittsburg, Kan., and Shawnte' Kuehl, of Kansas City; and one sister, Jimee Hollister, of Claremore, Okla. He was preceded in death by his parents.
Services will be at a later date.
A memorial has been established to the Southeast Kansas Humane Society in care of the Bath-Naylor Funeral Home, 522 S. Broadway, in Pittsburg.
Published on December 23, 2016
To plant a tree in memory of Lee Roy Kuehl, please visit Tribute Store.

Plant a tree in memory
of Lee

A place to share condolences and memories.
The guestbook expires on December 22, 2017.