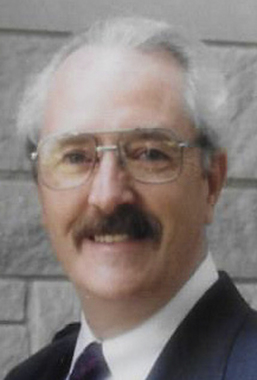 Back to Lonny's story

Lonny Dale Brown, age 77, of Joplin, MO, passed away early Wednesday, February 12, 2020, at Freeman Hospital following an illness.
Lonny was born on November 16, 1942, in Granby, MO, the son of the late Lewis and Annabelle (Daniels) Brown. Lonny proudly served his country as part of the Army Reserves. He worked for many years as a machine operator and supervisor for Vickers Inc. and Williams Machine, retiring in 2005.
Lonny was avid car guy, owning a 1937 Chevy Coupe. He also enjoyed watching his grandsons participate in sports, football, wrestling, baseball and swimming.
Survivors include a son, Jared Brown and wife, Daphne, of Oronogo, MO; two brothers, Larry Brown, of Shawnee Mission, KS, Kenneth Brown, of Coffeyville, KS; and two grandsons, Steven and David Brown.
The family will be holding a memorial service at 2 p.m. Monday, February 17, at the Forest Park Baptist Church Chapel.
Published on February 15, 2020
To send flowers to the family of Lonny Dale Brown, please visit Tribute Store.

Send flowers
in memory of Lonny

A place to share condolences and memories.
The guestbook expires on February 14, 2021.

Russ & Steph Neal
Jared,
You are your family are in our prayers.
Russ and Stephannie Neal
Ron Brown

Blue Caribbean was purchased for the family of Lonny Dale Brown by Ron Brown.  Send flowers

Darrel Kidd - Joplin
Lonnie and I was special friends, from Vickers, and we was both members of the same club, and ran around together also. And we both love hot rods. He will be missed.
View all