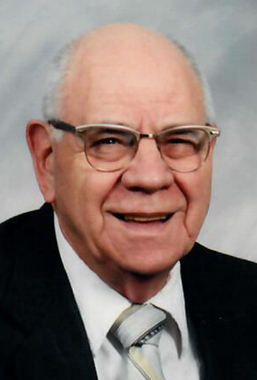 Loran Daniel Wimbish, Joplin, MO, entered into rest February 17, 2020 after several months of failing health, at the age of 98 years, nine months, and 20 days. Loran was born April 28, 1921 in Cowlington, OK. He was born into a farming family and worked on that farm until marrying and moving on to pastor churches and work in the aircraft industry as a machinist.
Loran was a member of the Bible Holiness Assembly of God, in Neosho, MO. He loved to read and study the Bible and also raised mammoth donkeys.
Loran and Mary Nadine Wimbish were married September 4, 1943. She preceded him in death on January 4, 2014.
Loran is survived by three children, Glen Wimbish and wife, Michelle, Myrna Yellowhair and husband, Jimmy, and Jerry Wimbish; seven grandchildren, Dawn, Ethan, Steven, Diana, David, Sarah, and Jon; and six great-grandchildren, Tyler, Beau, Cheyenne, Colt, Canyon, and Cason. Loran was preceded in death by six siblings; his wife of 70 years, Mary Nadine (Manning) Wimbish; one son, Kenneth Wimbish; and one grandson, Quinton.
A time of visitation will be held 5:30 - 6:30 p.m. on Monday, February 24, at Clark Funeral Home, Neosho. Funeral services will be 10 a.m., Tuesday, February 25, at Bible Holiness Assembly of God Church, 614 North High Street, Neosho, with Reverend Daniel Taylor officiating. Interment will follow at Stone Cemetery, north of Diamond, MO.
Contributions to honor Loran may be made to Bible Holiness Assembly of God, in care of Clark Funeral Home, PO Box 66, Neosho, MO 64850.
Online condolences
may be posted at
clarkfuneralhomes.com.
Services are under the direction of Clark Funeral Home, Neosho.
Published on February 20, 2020
To plant a tree in memory of Loran Daniel Wimbish, please visit Tribute Store.

Plant a tree in memory
of Loran

A place to share condolences and memories.
The guestbook expires on February 18, 2021. 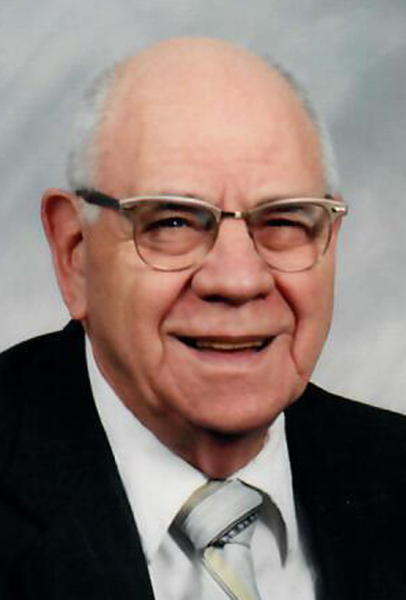