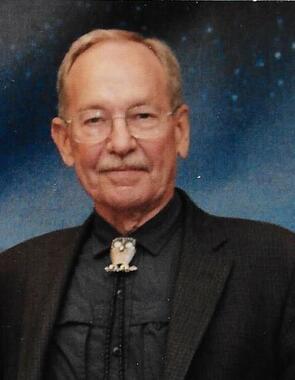 Back to Michael's story

Michael M. McGonigle MD, passed away Monday July 9th, 2018, after declining health. He was born Sept. 8th, 1941, son of Patrick McGonigle MD and Irene Niemeier RN.
Michael spent much of his childhood in Pueblo CO until his family moved to Prescott AZ where he graduated high school from St. Patrick's Academy in 1959. He attended Santa Clara University and majored in Physics, and later joined the first class of the University of New Mexico School of Medicine. He was elected into Alpha Omega Alpha medical honor society and received his MD degree in 1968. He spent a year of as an intern in Surgery at Stanford University, and in 1969 he volunteered to join the US Navy for two years during the Vietnam War where he saw active duty as a General Medical Officer. He was stationed at various field hospitals in Quảng Trị Province with the 3rd Marine Division before being transferred to serve at Jacksonville Naval Hospital. He was honorably discharged. He continued his training with a residency in General Surgery at the University of New Mexico, followed by three years of residency in Head and Neck Surgery at the University of California San Francisco, where he met his dear wife, Jeanne (Cooper) McGonigle RN. Upon completion of training, the couple moved to Joplin MO in 1975 where they raised three children. Michael started a private practice as an Ear Nose and Throat Surgeon and practiced for 29 years and treated over 40,000 patients. Upon retirement in 2004, the couple moved to Fountain Hills AZ and later split their time between Fountain Hills AZ and Sparks, NV.
Throughout his life, Michael was well read and interested in a number of intellectual fields including physics, medicine, economics, history, politics, and a wide variety of other subjects. He pursed many activities such as skiing, scuba diving, aviation, traveling, jewelry making, tig welding, and design of custom intercoolers for turbocharged cars. He will be remembered for his kindness, his knowledge on a wide variety of subjects, his amazing long term memory, his great stories, excellent advice, work ethic, and humbleness. He was a loving husband and father and respected by the community. He will be greatly missed.
He is survived by his wife of 43 years, Jeanne (Cooper) McGonigle; his children, Kelly Hammerstone and husband, James, of Sparks, Kerry Kreidel and husband, Joe, of San Antonio TX, son John McGonigle and wife, Andrea, of Santa Monica CA; and his five grandchildren, Jacob and Ryan Hammerstone, and Asher, Adelaide, and Cruz Kreidel. In lieu of flowers, please consider contributions to the Andre House at www.andrehouse.org.
Published on July 15, 2018
To plant a tree in memory of Michael McGonigle, please visit Tribute Store.

Plant a tree in memory
of Michael

A place to share condolences and memories.
The guestbook expires on July 12, 2019.

Restore the guestbook to view the 2 more posts by family and friends, and share a memory or message of condolence of your own.