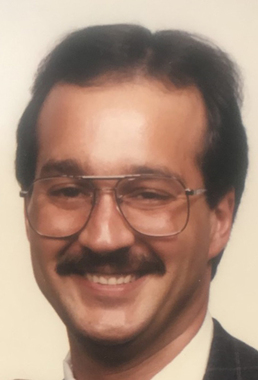 Back to Michael's story

Michael Joseph "Mike" Womack, age 60, Joplin, MO, passed away Monday, December 9, 2019, at his home. Mike was born May 27, 1959, in Lawrence, KS, to the late Charles Patrick Womack and JoAnn Ward Womack. The family moved to California for a short time before returning to Joplin.
Mike graduated from Parkwood High School, Joplin, in 1977. He began working at Autotronics, Inc. in 1974, and was quickly promoted to Director of Manufacturing, a title he held until 2002. He enjoyed and took great pride in working next to his father at the business.
Mike was an active member and participant in the Elks Lodge #501 for many years, Mike loved traveling, music festivals and was always up for an adventure. He always put others before himself, making sure that everyone was having fun. Mike was the ultimate son, dad, grandpa, brother and friend, always protecting the ones he loved. He held no judgment and was unapologetically himself. He will be missed by all who knew him.
Mike was preceded in death by his mother, JoAnn Ward Womack; his father, Charles Patrick "Doc" Womack; and lifelong friends, Camille Doerge and Curt Williams.
Survivors include two daughters, Micha Winter and husband, Tommy, of Joplin, and Brooke Lawrence and husband, Cameron, of Joplin; one brother, John Womack, of Kansas City, KS; two sisters, Jeanne Womack and Fernando Merez, of Joplin, and Kristi Womack and wife, Ang McManamon, of Brookyln, NY; uncles, William Womack, of Kansas City, and Joseph Womack, of Chicago, IL; aunts, Joan Cook, of Ottawa, KS, Phyllis Miller, of Oklahoma City, OK, and Decky Comino, of Junction City, KS; and grandchildren, Daniel Scott Graham, Skyler Grace, London Ann, Luke Michael and a baby boy on the way. His grandchildren were his life and they will all miss him so much.
Memorial graveside services will be held at 10 a.m. Saturday, December 14, at Osborne Memorial Cemetery, in Joplin, with Fr. Joe Weidenbenner officiating.
Arrangements are under the direction of Parker Mortuary, Joplin.
Published on December 12, 2019
To plant a tree in memory of Michael Womack, please visit Tribute Store.

Plant a tree in memory
of Michael

A place to share condolences and memories.
The guestbook expires on December 11, 2020.

Loretta Womack McGee
I am so sorry for your lose, please be at peace!
View all