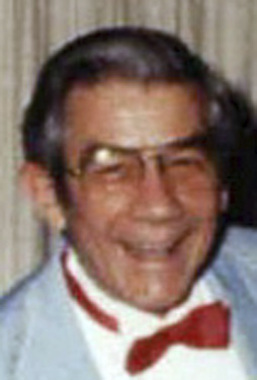 Back to Ralph's story

Ralph D. Sill, age 86, of Joplin, passed away on Sunday, June 23, 2019, at Freeman Hospital, following an illness.
Ralph was born on October 18, 1932, in Pittsburg, KS, the son of the late Chester and Opal (Jones) Sill. He served in the United States Army and was a veteran of the Korean War.
He worked as an engineer for Vicker's until 1972. He then owned and operated Hydraulic Specialties until retiring in 2010. He enjoyed singing and was a member of the Tri-State Barber Shop Chorus for over 50 years.
He married Linda Millard on May 7, 1955, in Joplin. She preceded him in death in October 2012. He was also preceded in death by four brothers, Perry, Bill, Merle and Paul Sill; and two sisters, Phyllis Butler and Becky Whitney, a granddaughter, Michelle Gregory.
Ralph is survived by one son, Curt Sill and wife, Paula, Joplin; one daughter, Angela Chaney and husband, Bill, Neosho; three grandchildren, Kyle, Andrea and Samantha; and three great-grandchildren, Cristal, Annastaisia and Victoria.
Funeral services will be at 2 p.m. Thursday at Mason-Woodard Chapel. The family will receive friends from 1 to 2 p.m. Thursday, prior to the service. Ralph will be cremated after the services and his ashes will be buried at Stone Cemetery near Diamond, Mo.
Arrangements are under the direction of Mason-Woodard Mortuary & Crematory.
Published on June 25, 2019
To plant a tree in memory of Ralph D. Sill, please visit Tribute Store.

Plant a tree in memory
of Ralph

A place to share condolences and memories.
The guestbook expires on June 24, 2020.

Mark Alan Blackmon
While searching for the Death Records for my natural father Glenn Merle, this Obituary came up. My Condolences to my new found Cousins Curt and Angela, and also to entire family. Although I never got the pleasure to meet Uncle Ralph, my mother Faye Jean Carter-Ricker spoke of him on several occasions, along with Uncles Bill and Paul, and Aunts Phyllis and Becky. I was honored with meeting uncle Perry in Los Angeles, visiting him several times, along with visiting my father in Farmington many times over the years., and I was blessed with both of them attending my Wedding with his my Father Glenn in 1987. I visited my father just after he had his stroke, and again several months before he pass...ed. My mother and I asked him attempted to relocate him during the years he was suffering from the Stroke, but I feel that he wanted to live his final days there living on the edge of the San Jaun River. My mother spoke of a Sill family reunion that she and my step father attended on 2 occasions. This brings me to wanting to get to know my Sill Family relatives more in hopes to share family stories, and possible future Reunions taking place that I would absolutely Love to attend. Let me also say that my younger brother Mike Antony Ricker (Born with the Sill Name on his berth certificate) will be sad to for the news of Uncle Ralph, will also be excited to hear this news of our Extended Sill Family. If Curt, Angela, or someone from the family would please contact me at 909-213-1878, I would Love to finally spend the rest of my days being a part of your lives. I still Live in So California where I grew up, and my mother Jean is still with us and residing in Fort Mohave AZ near Laughlin NV. Much Love to you all, and I look forward to hearing from you soon.Read more
Adrienne Patton (West)

Curt and Paula and family, my thoughts and prayers are with you all- try not to be sad, remember all the good memories and celebrate what a beautiful person he was. I spent Thanksgiving 2010 at Uncle Ralph and Aunt Linda's with Grandma and it will always be a very fond memorg of mine, he was a heck of a guy!