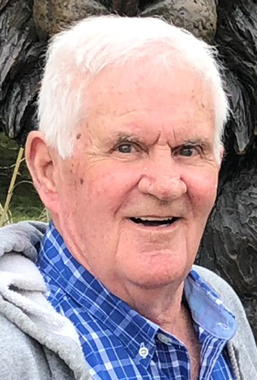 Back to Ross's story

June 1, 1944 ~ Jan. 23, 2020
Ross William Pew, 75, of Grove, OK, departed this life on Thursday, January 24, 2020, at Mercy Hospital, in Joplin, MO.
Ross entered this life on June 1, 1944, in Kansas City, MO, one of three children born to the late Jack Ross and Barbara Ann (Timken) Pew. He was a veteran in the United States Army; was a member of the Army National Guard for several years. Ross graduated from the Noel high school and attended the University of Arkansas, in Fayetteville, AR. He was the secretary for the Phillip 66 Jack Pew Oil Company, in Noel, MO. Ross enjoyed fishing, bowling, and was a huge Arkansas Razorback and Kansas City Chiefs fan.
He was preceded in death by his parents; a daughter, Alysa Pew; his sisters, Judy Pew and Barbara Chamberlain.
Ross is survived by his children, Jack Pew and wife, Beth, of Jenks, OK, Kristi King and husband, Jeff, of Bentonville, AR; four grandchildren, Jackson Pew, of Jenks, Brantly Wyatt, of Little Rock, AR, Page Hoover, of Fayetteville, and Alan King, of Bentonville; as well as a host of other family and friends who will dearly miss Ross.
Memorial visitation for Ross will be held from 5 to 7 p.m. at the Noel Chapel of the Ozark Funeral Home on Tuesday, January 28. The family will receive friends at this time.
Arrangements are under the personal care and direction of the Ozark Funeral Home, in Anderson, MO.
Online condolences may be sent to the family at www.ozarkfuneralhome.com.
Published on January 26, 2020
To send flowers to the family of Ross William Pew, please visit Tribute Store.

Send flowers
in memory of Ross

A place to share condolences and memories.
The guestbook expires on January 24, 2021.