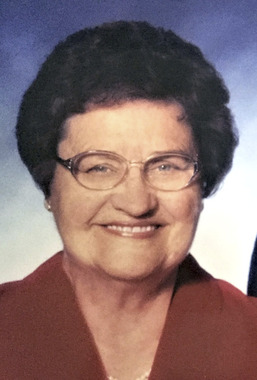 Back to Shirley's story

Shirley Ann Millikin, 88, Neosho, MO, died February 6, 2020 in Tulsa, OK, following a short illness. Shirley was born October 11, 1931, in Pfeifer, KS, one of seven children to Andrew and Mary Jacobs.
She moved to the Neosho area in 1965, from Hays, KS, and was a stay-at-home mom, later retiring from the U.S. Postal service.
She participated in, and won, the Newton County spelling bee seven times and also participated in numerous other spelling bees until her mid-seventies. She was of the Catholic faith.
Shirley and James W. 'Bill' Millikin were married on February 27, 1954, in Hays. He preceded her in death on September 7, 2008.
She is survived by five children, Linda Beavers, of Neosho, Robert Millikin, of Kansas City, MO, Mary Millikin and husband, Steven Walker, of Tulsa, Margaret 'Peggy' Millikin, of Tulsa, and Patty Millikin-Allen and husband, Todd Allen, of St. Louis, MO; 13 grandchildren, John, Jennifer, Brian, Bill, Stephanie, Kati, Adam, Jessi, James, Lee, Sandra Beth, Luke and Hope; 15 great-grandchildren, six great-great-grandchildren; and one sister, Norene Jacobs, of Omaha, NE. In addition to her husband and parents, she is preceded in death by three brothers and two sisters.
A memorial service will be held on Saturday, February 15, at 10 a.m. at the Clark Funeral Home Chapel of Memories. The family will receive friends following the service until 11:30 a.m.
In lieu of flowers, contributions in memory of Shirley may be made to the Crowder College Foundation for a scholarship to be established in memory of Shirley, in care of Clark Funeral Home, PO Box 66, Neosho, MO 64850.
Online condolences
may be posted at
clarkfuneralhomes.com.
Services are under the direction of Clark Funeral Home, Neosho.
Published on February 9, 2020
To send flowers to the family of Shirley Ann Millikin, please visit Tribute Store.

Send flowers
in memory of Shirley

A place to share condolences and memories.
The guestbook expires on February 07, 2021.

I am so sorry for the loss of your mother. While I've never met this beautiful lady, I know her family well enough to know that she was certainly special and will be greatly missed. May your wonderful memories give you comfort and peace.

Gabi
Praying for peace for you and and your family Dr. Millikin!
View all