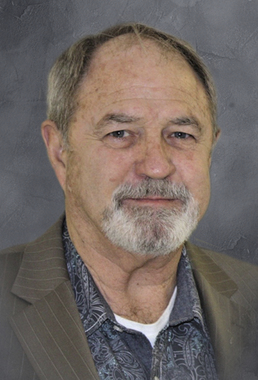 Back to Stephen's story

Stephen Warren 'Steve' Giett, age 69, Joplin, MO, passed away on December 3, 2019.
Steve was born June 12, 1950, to the late Jesse Warren Giett and Mary Francis Graves Giett Irick, and lived in the Joplin area all his life.
Steve worked for R.E. Smith Construction Company for over 47 years before retiring in 2013. In retirement Steve purchased a dump truck and started Aerohead Hauling, of which he was very proud.
He loved the outdoors, nature, all sports, but especially NASCAR. He will be missed by all who knew and loved him.
In addition to his parents, Steve was preceded in death by a nephew, Ethan Scott Giett.
Steve is survived by his daughters, Amy Henderson and husband, Robert, Fayetteville, AR, Angela Afshari and husband, Phil, St. Louis, MO; sister, Cheryl Henning and husband, Gerald, Joplin; brother, Scott Giett and wife, Teresa, Carthage, MO; seven grandchildren; two great-grandchildren; several nieces, nephews and extended family members.
Services are planned for Saturday at 2 p.m. at the Joplin Congregation of the Community of Christ, 1212 Goetz Boulevard. The family will receive friends from 1 p.m. until service time at the church. Graveside services will be held on Monday at 10 a.m. at Ozark Memorial Park Cemetery.
In lieu of flowers, memorial contributions may be made to the charity of the donor's choice.
Arrangements are under the direction of Parker Mortuary.
Published on December 6, 2019
To plant a tree in memory of Stephen Warren Giett, please visit Tribute Store.

Plant a tree in memory
of Stephen

A place to share condolences and memories.
The guestbook expires on December 05, 2020.

James M Webb
My first memory of my good friend and neighbor was when I was four. Mom told me a boy named Steve was waiting under a tree across the street for me to wake up and play in the woods. We played in that woods for many years. I am so very sad to hear Steve has left this world to be in heaven - hope to join him someday and play in that woods together again.
Melinda Estes & Miranda Hembree

A memorial tree was planted in memory of Stephen Warren Giett.  Plant a tree