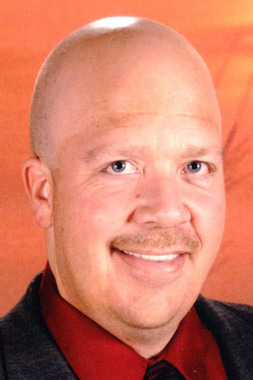 Back to Travis's story

Travis Heath Schiernbeck, age 42, of Lamar, Mo., passed away Saturday, October 7, 2016.
Travis was born February 5, 1974, to Merlin and Brenda (Young) Schiernbeck. After graduating from Lamar High School in 1992, he was led by his natural ability and life-long interest in cooking to a career in restaurant management. Travis had managed various restaurants including Perkins in New Jersey and Country Kitchen in Joplin, Mo. He was an avid gardener and enjoyed feeding his yard full of birds. Content with simple pleasures, Travis invested in relationships and counted family as the highest priority in his life. He was of the Christian faith.
Survivors include his mother, Brenda Felts, Lamar; father, Merlin Schiernbeck, Osceola, Wis.; a brother, Steven Schiernbeck and long-time companion, Brandi Haddock, Carthage, Mo.; three half-brothers, Dallas, Houston, and Jordan Schiernbeck; grandmothers, Lois Young, Carthage, and Mary Schiernbeck, Lamar; aunts, Lisa Overman, Marlene Shaw, and Marlys Buckner; and an uncle, Milo Schiernbeck. Travis had a large extended family and was lovingly called "Papa" by a special niece and nephew, Jassiah and Chance Schiernbeck.
Preceding Travis in death were his grandfathers, Clifford Young and Hugo Schiernbeck; a half-sister, Dakota Schiernbeck; an uncle, David Young; and two aunts, Carol Gastel and Linda Parker.
A graveside funeral service will be held at 2 p.m. Wednesday at Mitchell Cemetery, southeast of Jasper, Mo., with Bob Gastel officiating.
Memorial contributions are suggested to the Jasper Shrine Club in care of Daniel Funeral Home.
Condolences and memories may be shared at danielfuneralhome.net
Published on October 11, 2016
To plant a tree in memory of Travis Schiernbeck, please visit Tribute Store.

Plant a tree in memory
of Travis

A place to share condolences and memories.
The guestbook expires on October 10, 2017.