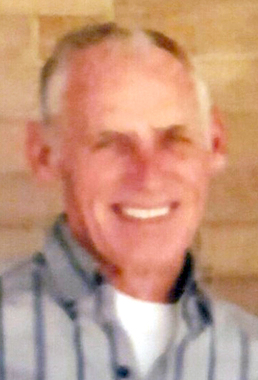 Back to Wayne's story

~ Lovingly Written by the Family ~
Wayne Donham, a lifelong resident of Carl Junction, MO, went to join his heavenly family December 2, 2019.
He leaves behind the love of his life, Doris (Ferrell), with whom he celebrated 60 years of marriage July 6th. Together they raised three children, Gina, Rick and Brent.
He also leaves behind six grandchildren, Chelsey, Devan, Amanda, Randy, Charles and Dakota; four great-grandsons; brothers, Robert (Judy), Paul (Linda), Richard and LeeRoy (Becky); sister-in-law, Beverly; brother-in-law, Jay Shaw; and many nieces and nephews.
Wayne couldn't wait until he turned 21 so he could join the Carl Junction Fire Department. He was a member for 50 years, and when the Fire District was formed he served on the Board of Directors. The fire department was like a second home to him. He also served several years as a councilman and was a member of Western Twirlers Square Dance Club.
Wayne loved hunting and fishing, especially the yearly trips to Colorado elk hunting with his brothers and friends. He was also a St. Louis Cardinal fan.
Wayne owned the Fina Station for several years, then became a self-employed painter.
He is very much loved and will be greatly missed by his family and friends.
Following his wishes, Wayne's memorial visitation will be held from 6-7 p.m. Thursday, December 5, at the Carl Junction Fire Station. Memorial graveside services, with full military honors, will be held at 10 a.m. Friday at Carl Junction Cemetery, with Matt Snyder, of Frisco Church, officiating.
In lieu of flowers, contributions may be made to Frisco Church Samaritan's Basket.
Arrangements are under the personal care and direction of Thornhill-Dillon Mortuary, Joplin, MO.
Published on December 4, 2019
To plant a tree in memory of Wayne Donham, please visit Tribute Store.

Plant a tree in memory
of Wayne

A place to share condolences and memories.
The guestbook expires on December 03, 2020.