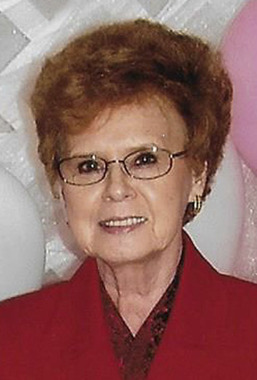 Back to Yolanda's story

Mrs. Yolanda A. (Black) Huff, age 78, of Joplin, MO, passed away on Thursday, February 6, 2020, at Mercy Hospital, in Joplin. Mrs. Huff, daughter of the late William and Emaline (Brown) Platner, was born on January 18, 1942. in Joplin.
She was united in marriage to James Black, in 1959, in Joplin. He preceded her in death in 1998.
After his passing she continued to work as a cosmetologist and was employed for over 20 years with JC Penny until her retirement in 2003.
On March 3, 2004, she was united in marriage to Nathaniel "Nate" Huff, in Joplin. Together they enjoyed traveling and taking trips. She was a devoted mother and grandmother, who loved spending time with her family.
Survivors include her husband, Nate Huff, of Joplin; one daughter, Tracy Misner, of Joplin; two stepdaughters, Sharon Huff and Kerry Huff, both of Tulsa; two brothers, Phillip Planter and his wife, Barbara, of Collinsville, OK, and Quinton Planter and his wife, Aleta, of Neosho; six grandchildren; and eight great-grandchildren. In addition to her parents and first husband, she was preceded in death by her daughter, Kelly Henry, on August 31, 2018; and one son-in-law, Jeff Misner, in 2018.
Funeral services will be held on Monday, February 10, at 2 p.m. at the Second Assembly Church in Joplin, with John Veazey and Phillip Planter officiating. Burial will follow at the Seneca (MO) Cemetery. The family will receive friends during a time of visitation from 4 to 5 p.m. Sunday, at the Mason-Woodard Mortuary Chapel.
Memorial contributions may be made to the Teen Challenge Program and may be entrusted to the mortuary.
Arrangements are under the care and direction of Mason-Woodard Mortuary & Crematory, Joplin.
Published on February 7, 2020
To send flowers to the family of Yolanda Huff, please visit Tribute Store.

Send flowers
in memory of Yolanda

A place to share condolences and memories.
The guestbook expires on February 06, 2021.

Sweet Tranquility Basket was purchased for the family of Yolanda Huff by sherry Petersen.  Send flowers